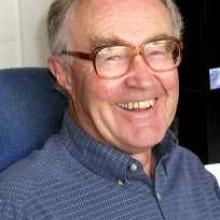 Did you know Montana was one of the original five NSF EPSCoR states when the program was established by the National Science Foundation? EPSCoR was established in 1979 to help build science and technology infrastructure in states that, at that time, received the least federal research and development funding. The goal was to give broader geographic distribution of federal funding, which had been concentrated in a relatively few number of states. The experiment was a huge success, and Montana has received EPSCoR funding ever since. The program, which was initially centered at Montana State University in Bozeman, has included all Montana University System four-year institutions and tribal colleges at various times.

The following was written by Dr. Bob Swenson, emeritus vice president for research at Montana State University. This account is, in Dr. Swenson’s words – “a memory, not a history.” Swenson was at MSU at thiscritical juncture, and this documentation is appreciated.

The origins of NSF EPSCoR

In 1978 Congress authorized the “Experimental Program to Stimulate Competitive Research” (EPSCoR) in the National Science Foundation, seeking to disrupt a dichotomy between the “haves” and “have-not” states, in terms of federal research and development funds. NSF soon identified the “least competitive” states based on a composite formula that measured federal research and development dollars on a per capita and per scientist basis. Montana received a planning grant and was one of five states to win a $3M EPSCoR Implementation Grant. Although excellent faculty were in the university system at that time, major changes were needed to meet NSF’s requirements in order to provide time, facilities, instrumentation, and infrastructure for research, and to provide graduate student support. MSU’s Research Park was established at that time.

Montana’s original purpose, Montanans on a New Track for Science (MONTS), was led by Gary Strobel and was run as a “mini NSF.” Faculty wrote proposals for MONTS funding, which were reviewed by a state-wide committee. Mentors, peer reviewers, and guest speakers were all part of this growing program.

Every NSF dollar required a state match, which required substantial dialog among university personnel, the Governor’s Office, the Legislature, and the private sector MSU President at the time, Bill Tietz and Vice President John Jutila played key roles in acquiring these match dollars to hire new faculty and purchase major equipment. Additionally, a state science committee was formed; its role was to identify and support high priority research and technology.

After a decade of support provided by MONTS, the NSF program also evolved, which led to a MONTS II program with new expectations. The university and the Legislature collaborated, and in 1989, two highly significant bills were passed: HB 683 provided “Seed Capital” for research over 5 years of $7.5 million to be managed by the state science committee – the Montana Science and Technology Alliance (MSTA); and HB 233 returned 100% of IDC’s (indirect costs for grants) to campus.

When Swenson became MSU’s Vice President for Research in 1990, he stated that the “faculty were excited about and committed to the rapid growth of research opportunities due to a ‘can do’ spirit on campus.” Swenson wrote to faculty, “…I have been overwhelmed… by the spirit and quality of the faculty… and the resulting vitality.” The 90’s saw a substantial increase in funding for research, including a commitment and capacity to hire excellent new faculty.

In the 1990’s the NSF program added new dimensions with increased funding: emphasis on Science-Technology- Engineering-and Math (STEM) education and on technology transfer and economic development. Match dollars were available from the state.

Meanwhile, in the early 1990’s, EPSCoR and EPSCoR- like programs were developed at NASA, NIH, DoD, DoE, and EPA. Using the very successful MONTS model created for NSF, MSU established similar models for each of the six new EPSCoR programs. By the end of the 90’s, Montana was second only to Louisiana in winning EPSCoR awards.