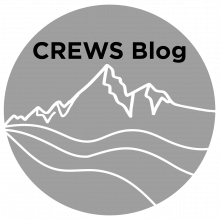 To understand how organisms interact with contaminants in a river like the Clark Fork, it is important to understand how those contaminants move through the ecosystem. One way to quantify this is by taking advantage of the daily cycle of contaminant concentrations in a river. Such daily, or "diel", cycles have long been understood to occur in rivers for nutrients and gases such as carbon dioxide and oxygen driven by a variety of known phenomena both within and external to the river. 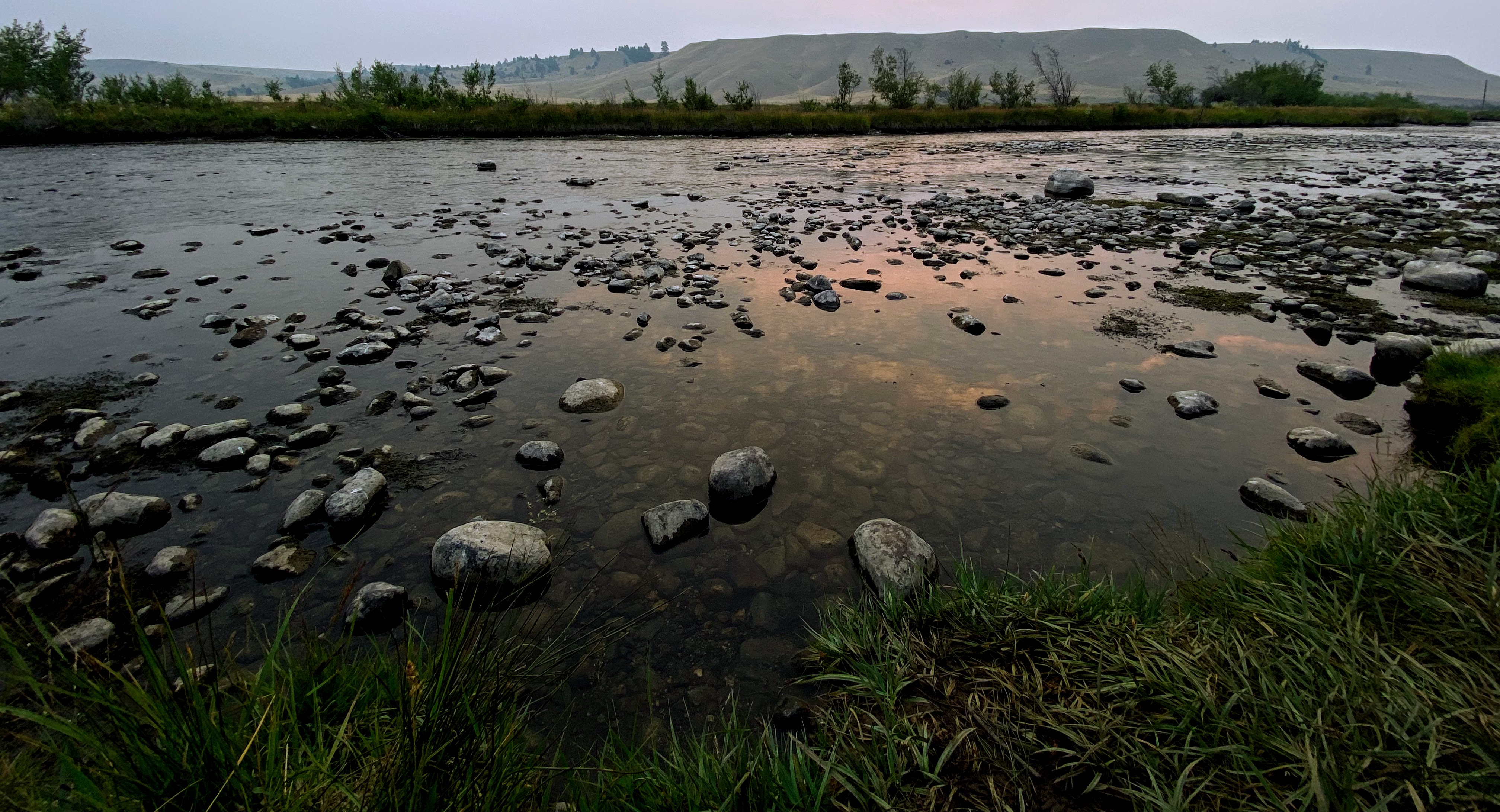 Nutrients and carbon dioxide typically decrease during the daytime due to uptake by plants and algae coupled to photosynthesis, which causes a corresponding increase in dissolved oxygen. At night, these same constituents decrease due to the dominance of respiration and decomposition and the absence of photosynthesis. Moving beyond nutrients and the like, elements like copper, zinc, and arsenic have also been shown to have daily cycles, and though the drivers of such diel behavior have been extensively researched, the relative importance of the exact mechanisms is understudied. 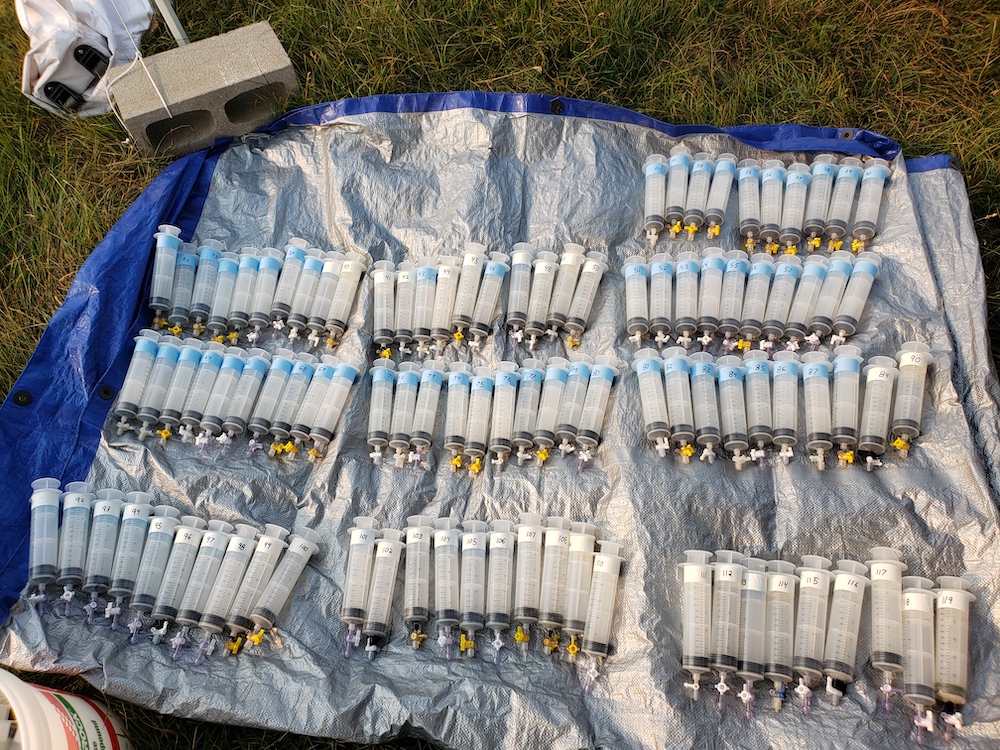 This past July, we sought to characterize the diel cycles of nutrients and carbon dioxide alongside metals and arsenic in the Clark Fork River as a part of our CREWS-funded research. A group of twelve of us sampled hourly for 48 hours at three sites just upstream of Garrison, MT. 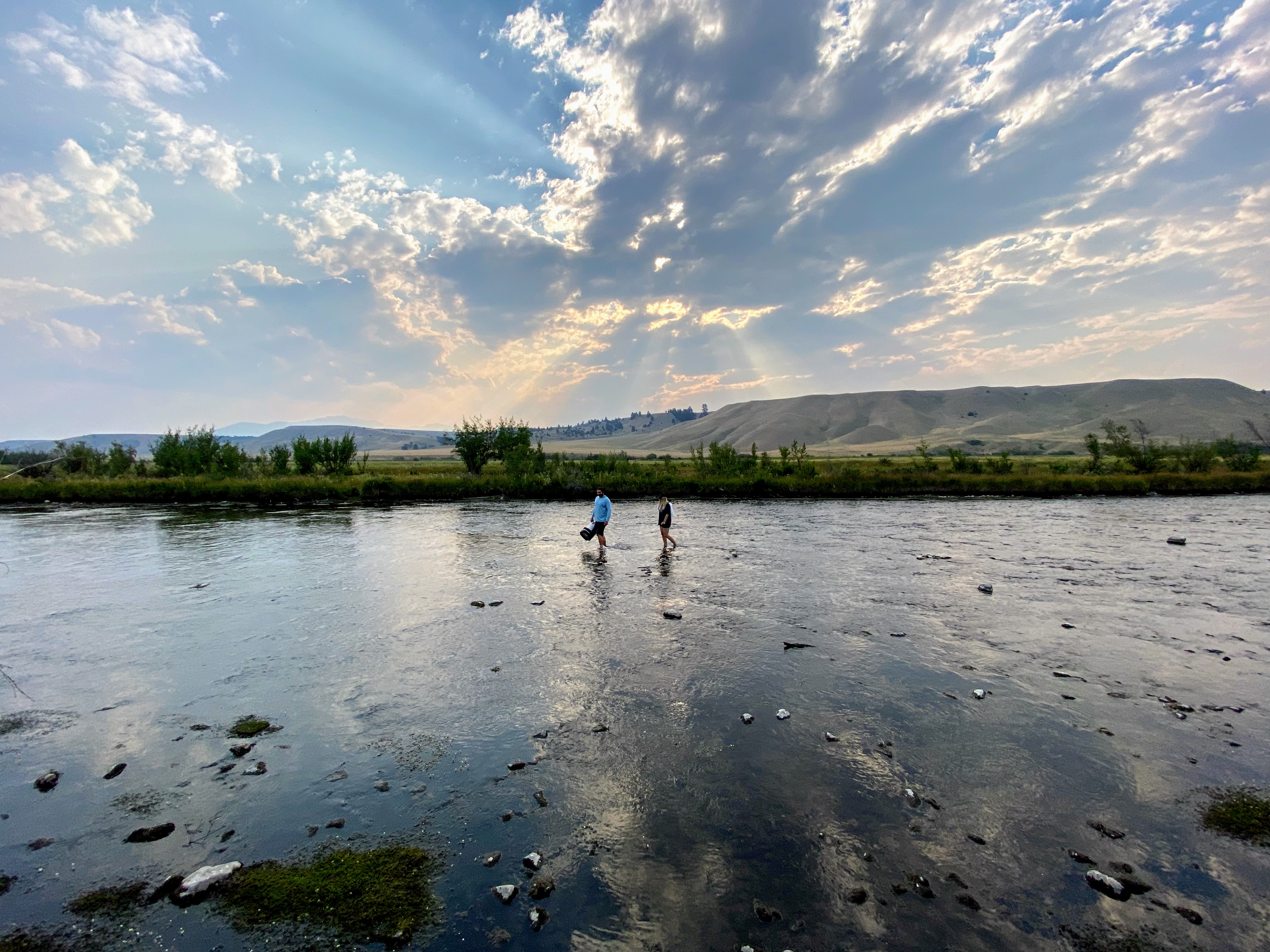 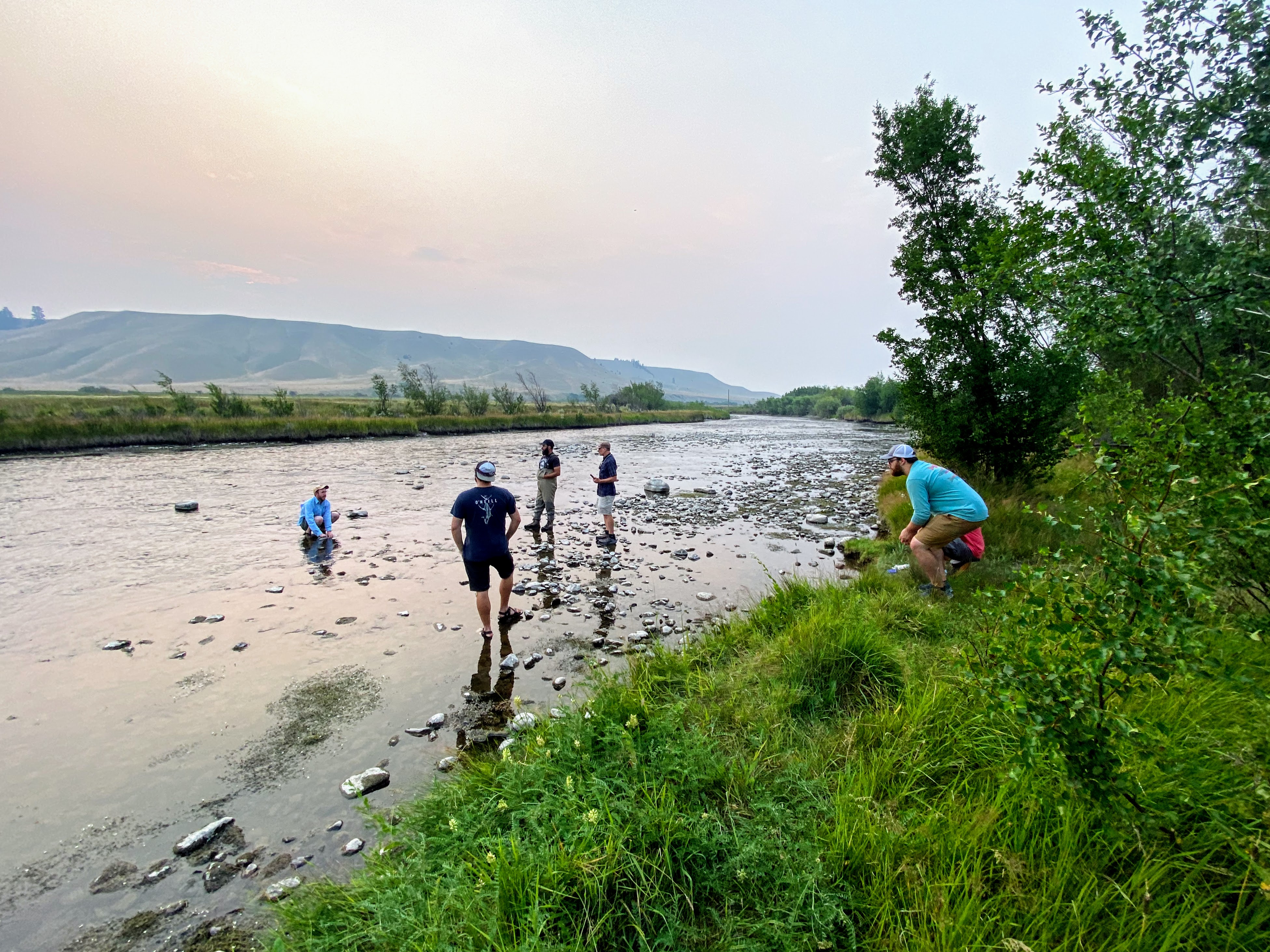 Water in the stream took around six hours to travel from the upstream-most to the downstream-most site, and by coupling that travel time to the changing concentrations of elements in the water column, we will quantify not only the magnitude of the change in concentration at each site but also the quantities of different elements removed or added to the water column as that water moves downstream. 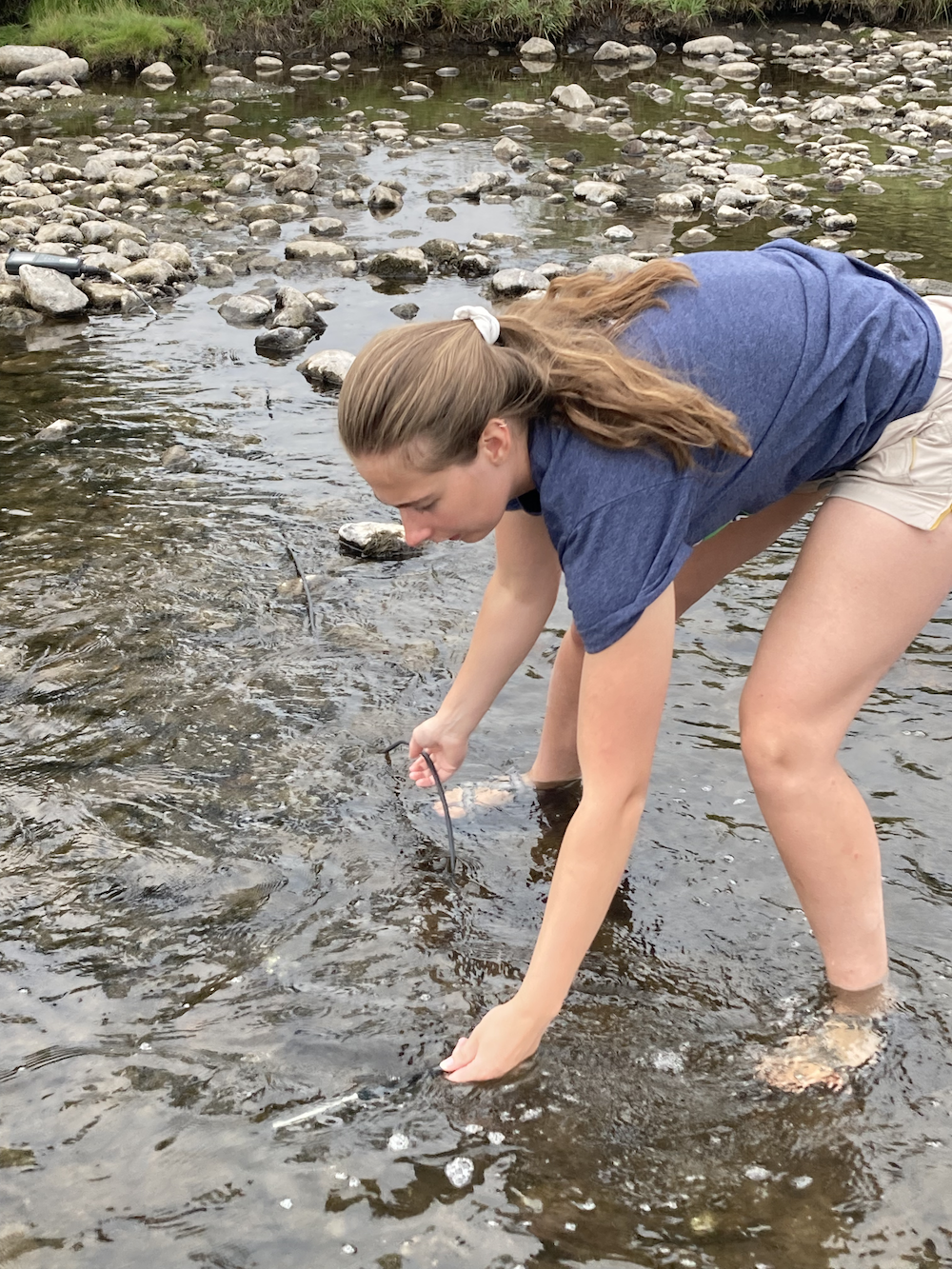 Further, for metals, arsenic, nitrogen, and phosphorus, we'll also be looking not just at their total concentrations, but also at their concentrations in three different size fractions in the river, namely in suspended particulate matter (everything greater than 700 nm), colloidal particles (everything between 1 nm and 700 nm), and truly dissolved solutes (everything less than 1 nm). These data will allow us to not only look at the removal and addition of solutes in the river but also to examine transformations between different size fractions and forms in the river over the course of the day. 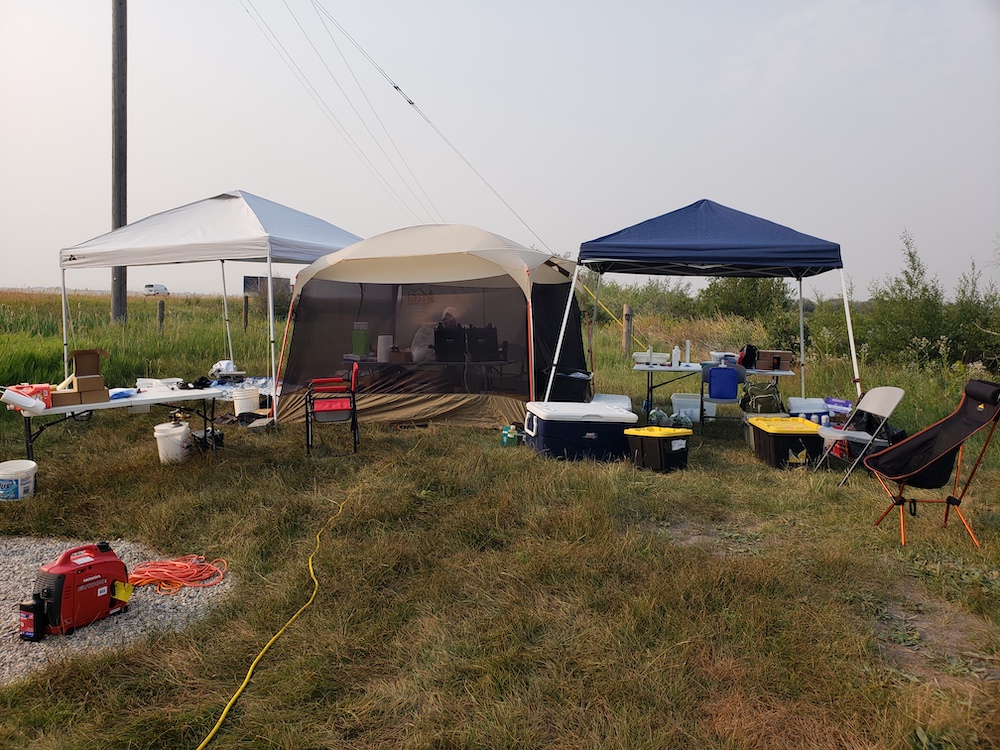 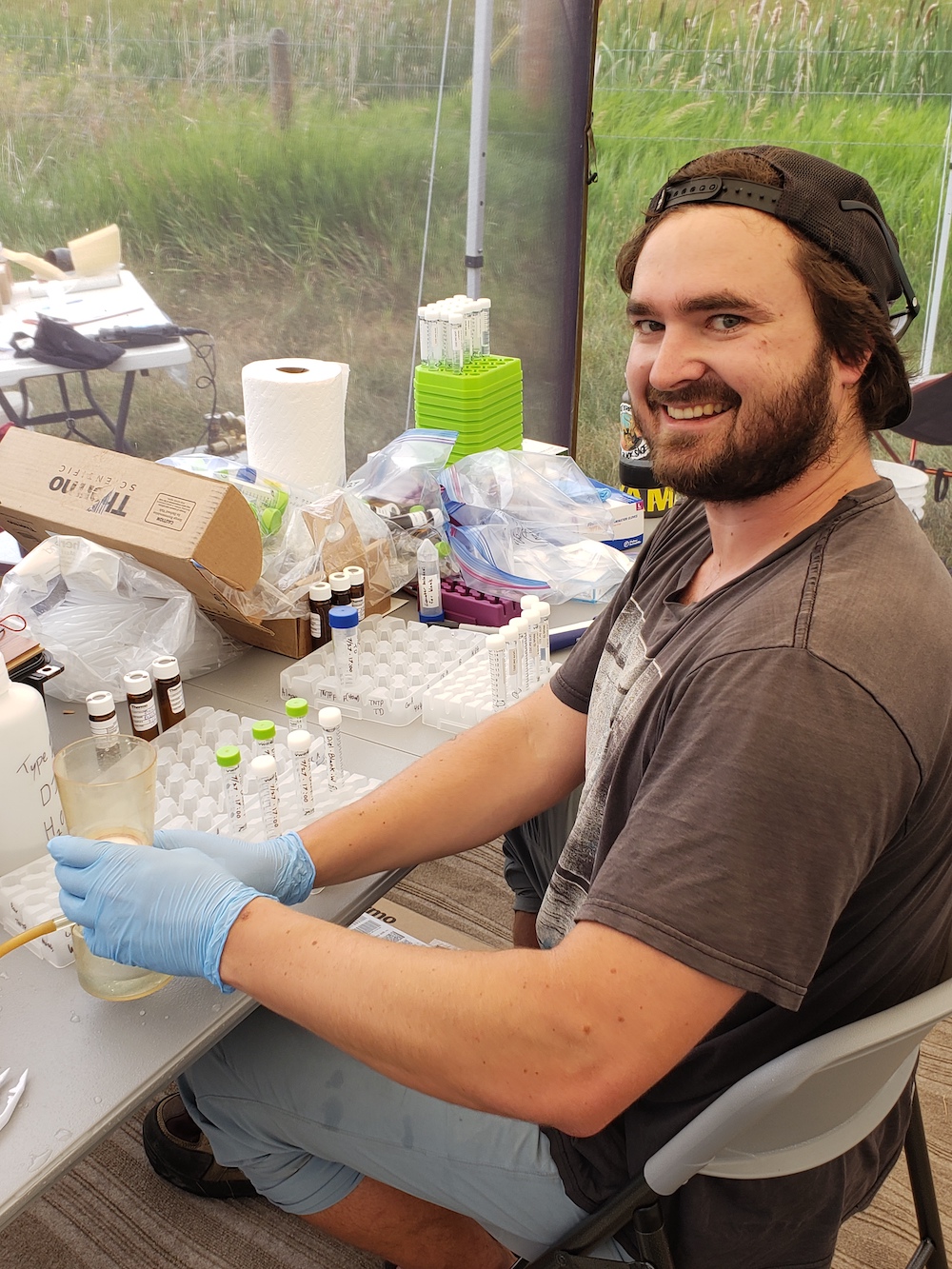 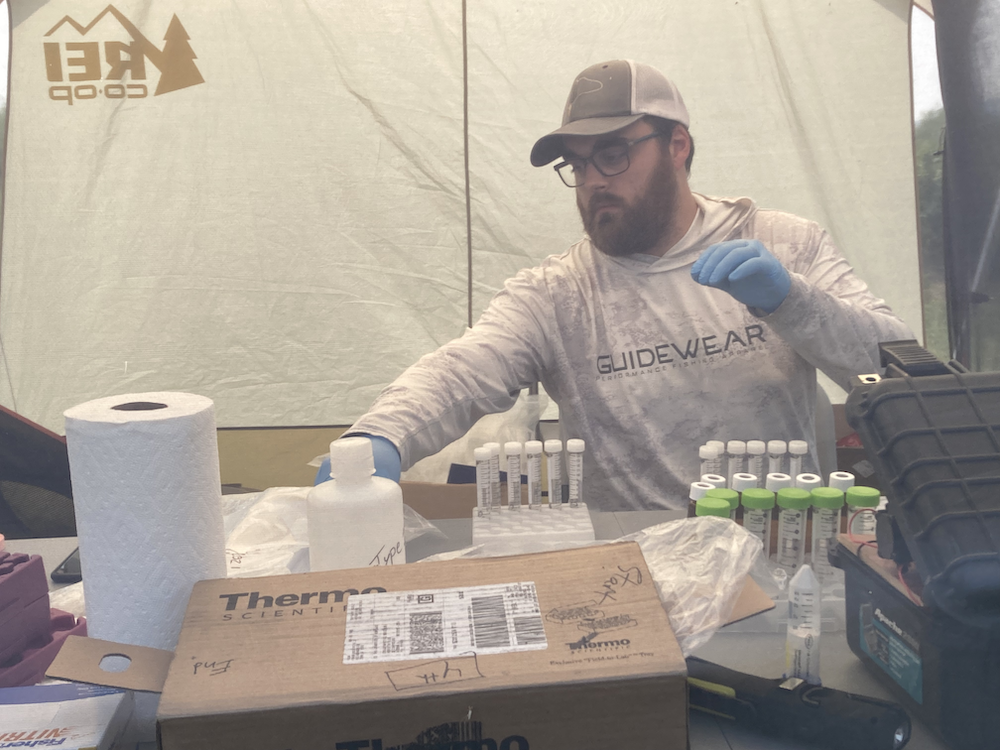 To examine the drivers of our measured diel cycles, we will be coupling these data with a suite of sensor data from the stream (temperature, conductivity, alkalinity, nitrate, oxygen, and carbon dioxide), data from algal samples taken over the 48 hours at one site, and data from drones quantifying the biomass of algae in the river to tell a more holistic story about what the drivers are for the measured cycles. 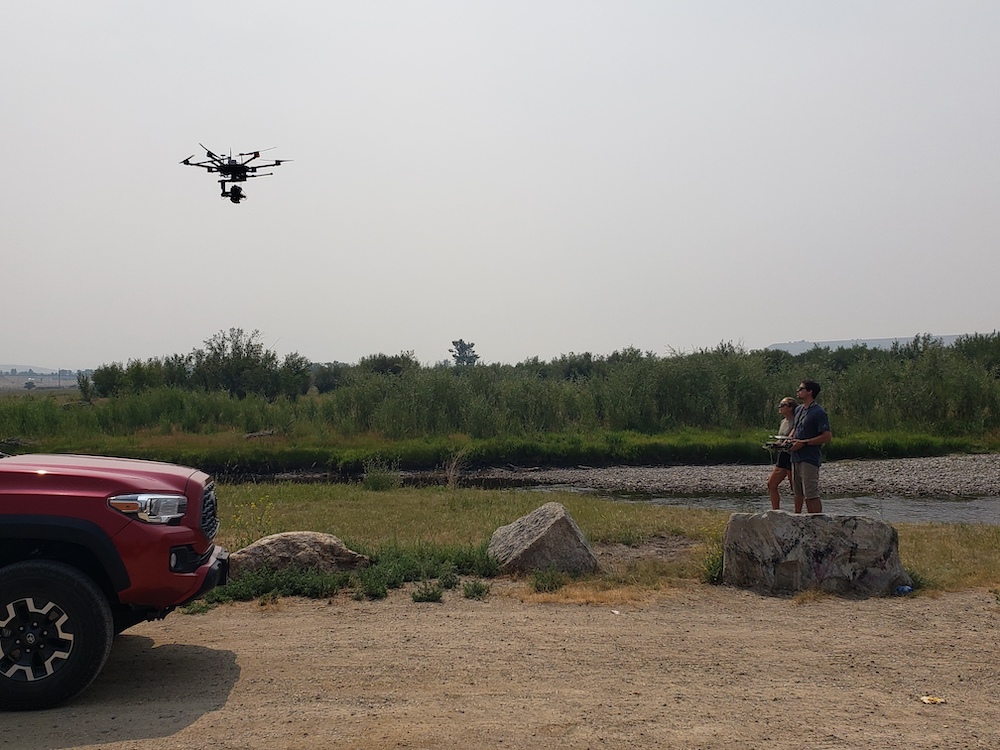 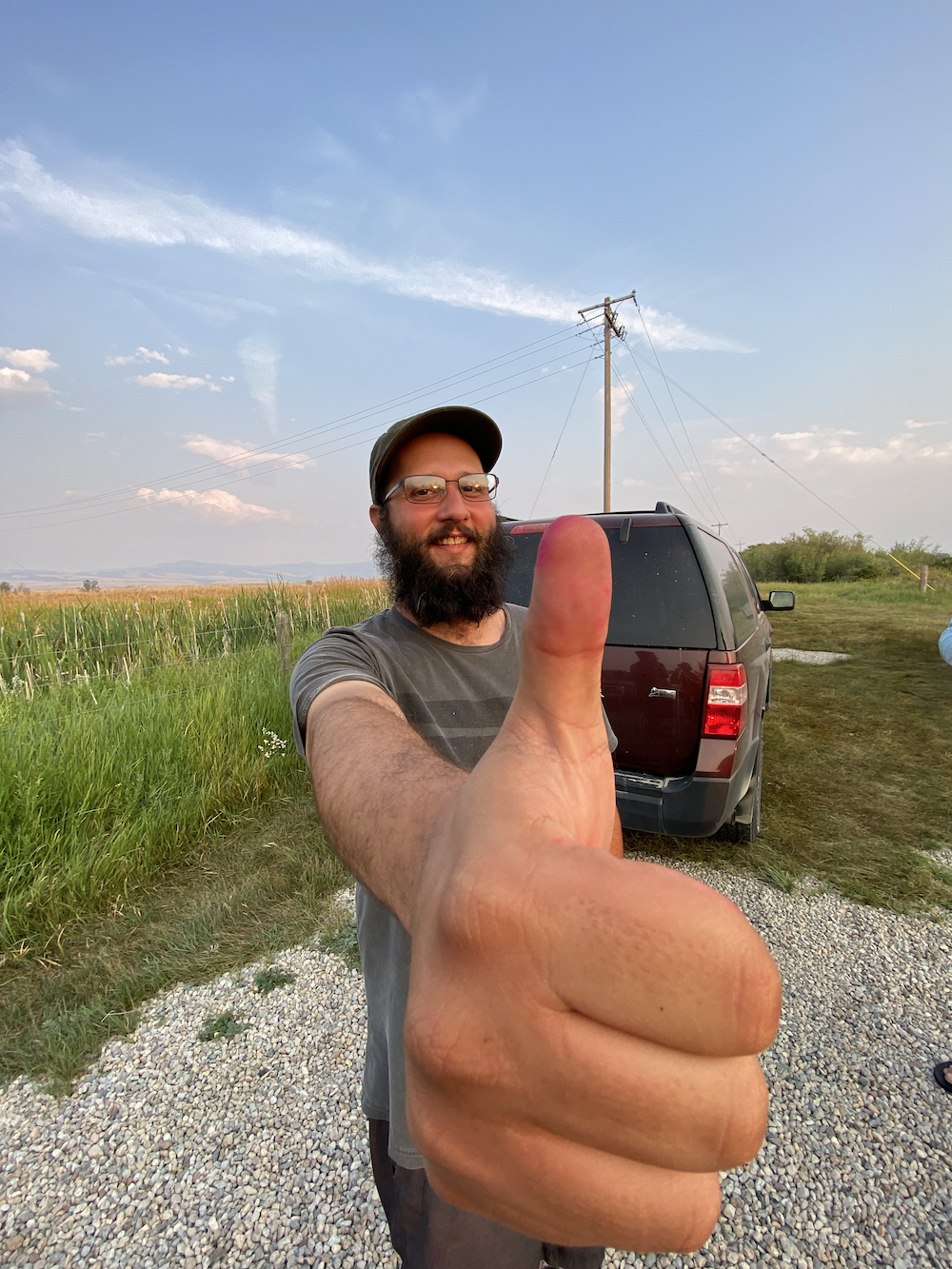 Of course, field studies never go perfectly according to plan, especially with this many moving parts. First off, the local pizzeria said they were out of dough, which put the dampers on our kickoff field dinner. The natural elements added some interesting aspects, such as the high concentration of smoke in the area and water levels which were very low, both due to the ongoing drought. There was a windstorm with gusts to over 30mph that almost took out our tents and brought with it a trace amount of rain. There were times when we were out in the river at night and we couldn't see what we were sampling because of the swarm of adult aquatic invertebrates that were spending precious moments of their short terrestrial lives dive-bombing our headlamps and crawling into our mouths, noses, and ears. There was also the need for us to call two tow trucks due to one broken down and one stuck vehicle. Still, given all the moving pieces that went into this study and the associated room for error, the field study was a smashing success, and I will be forever grateful for everyone who pitched in to planning and implementing this study. I am also incredibly grateful to the DNRC for allowing us to set up along the river and CREWS for funding this highly collaborative team-science sampling event. 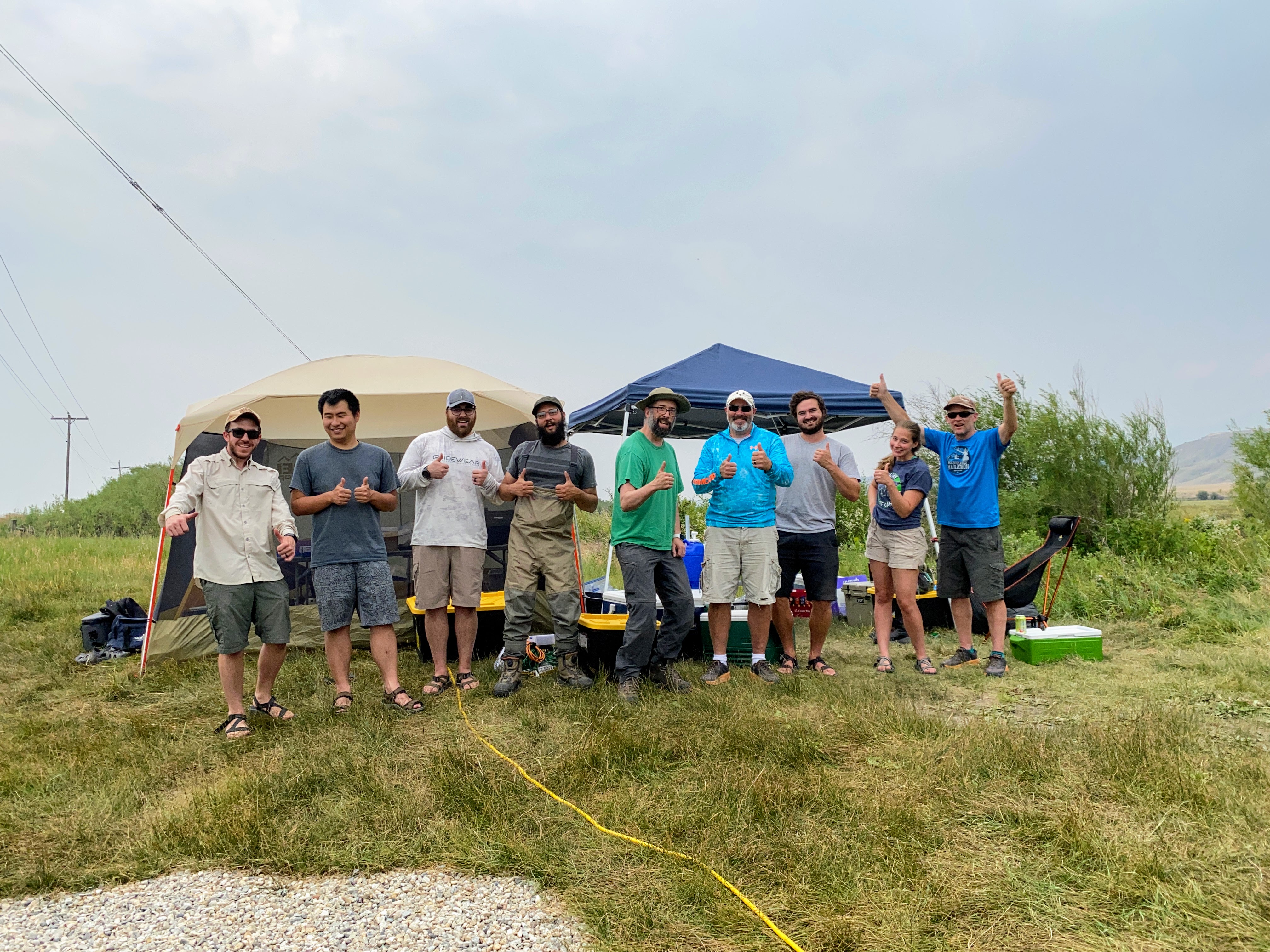