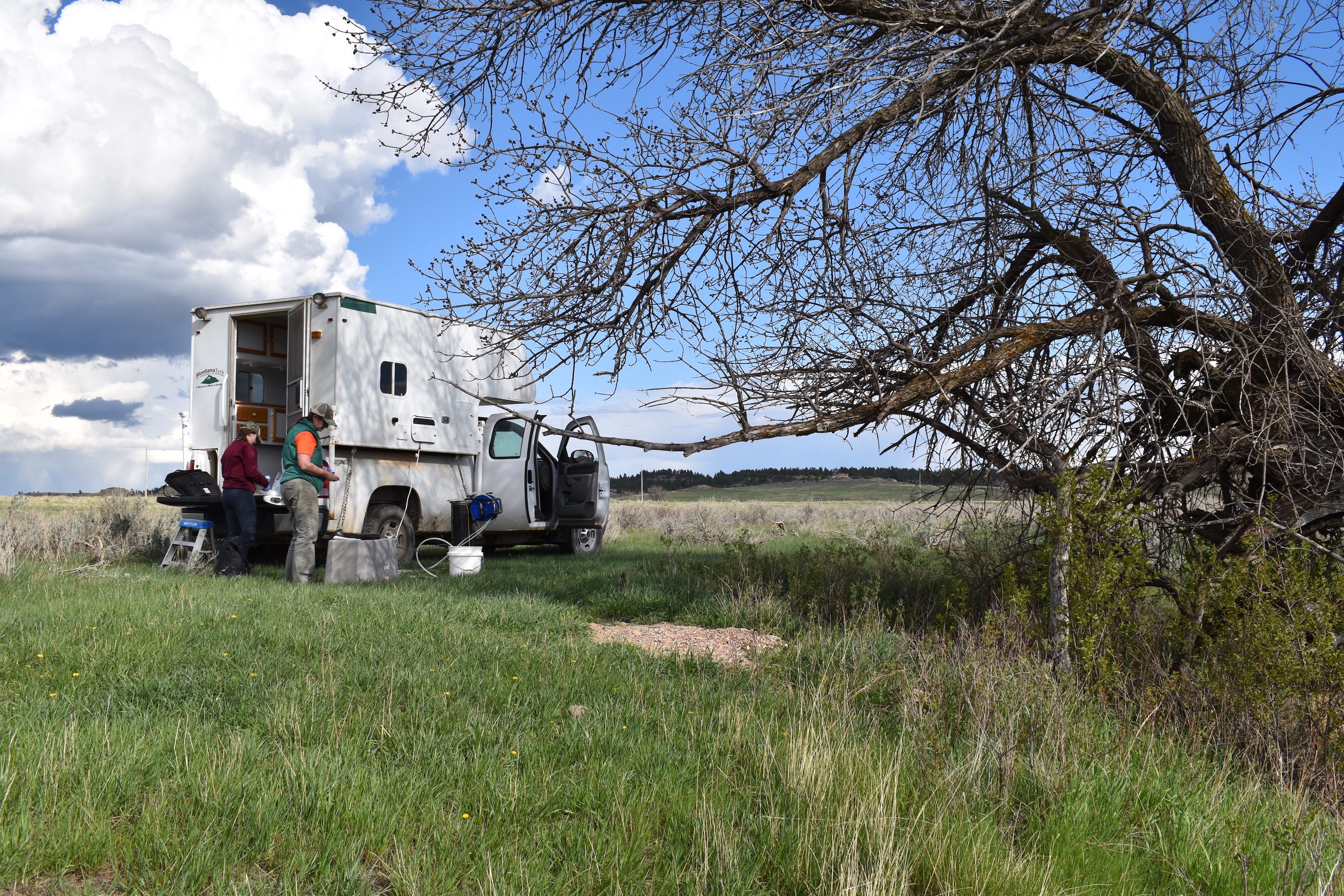 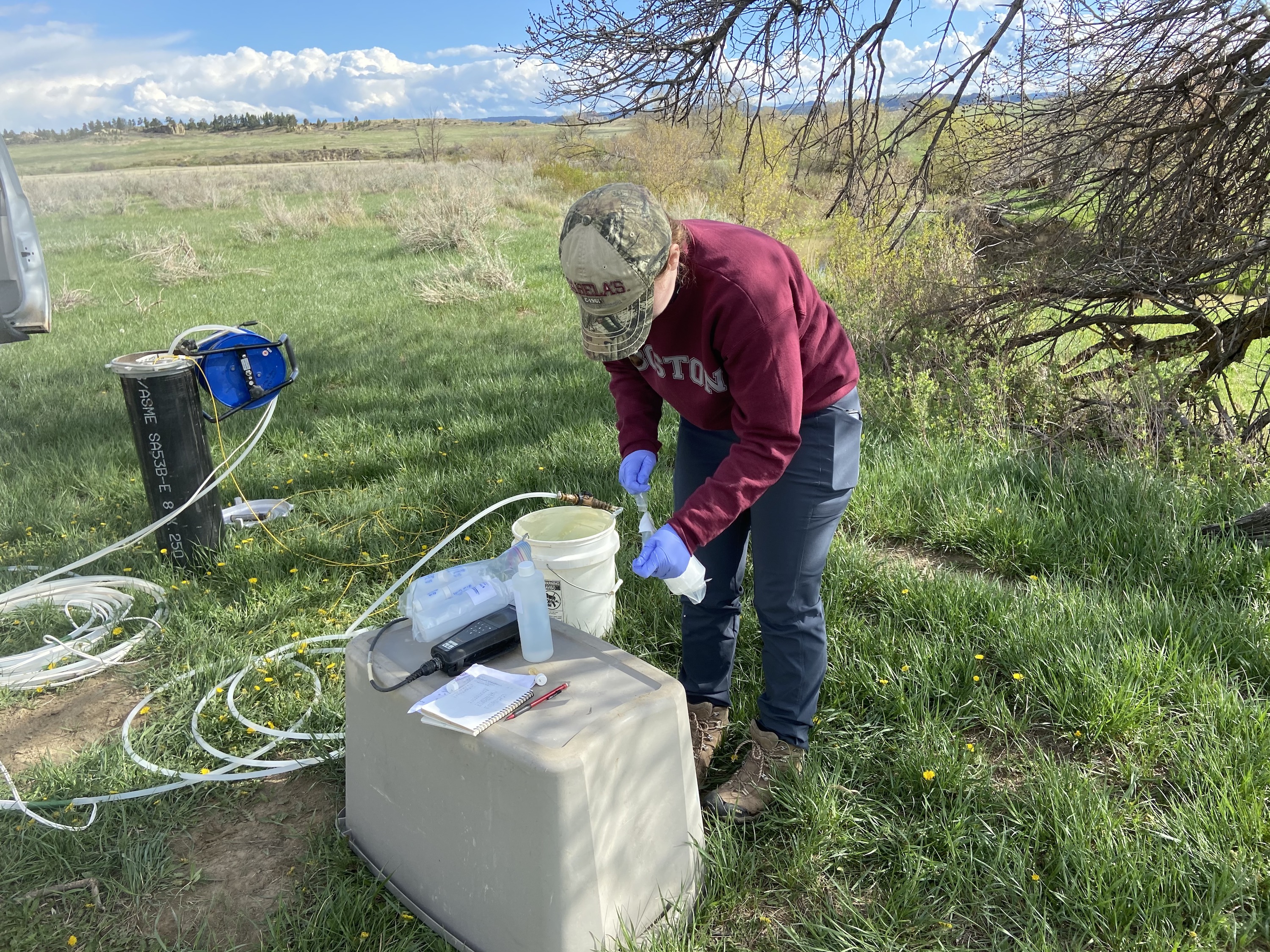 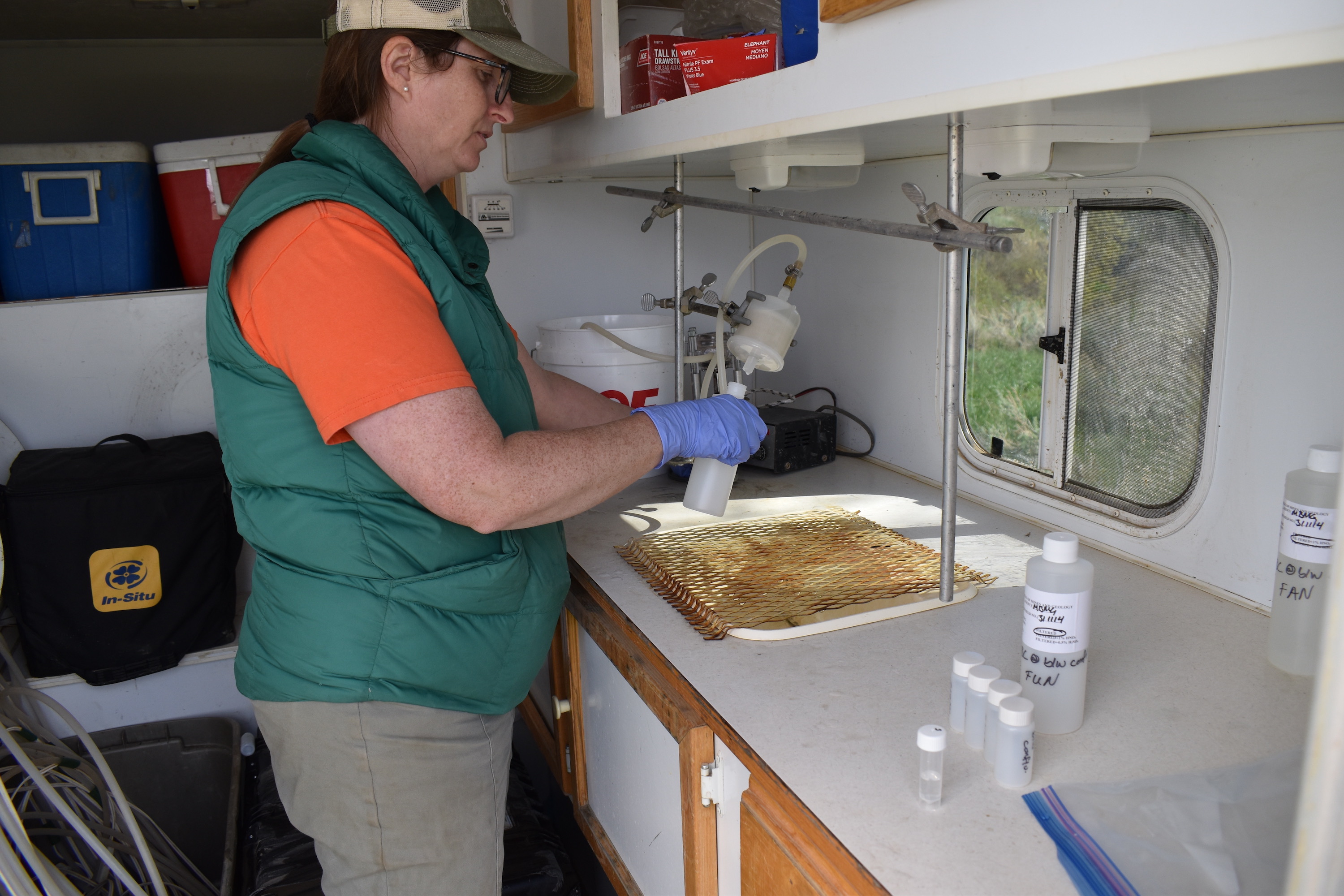 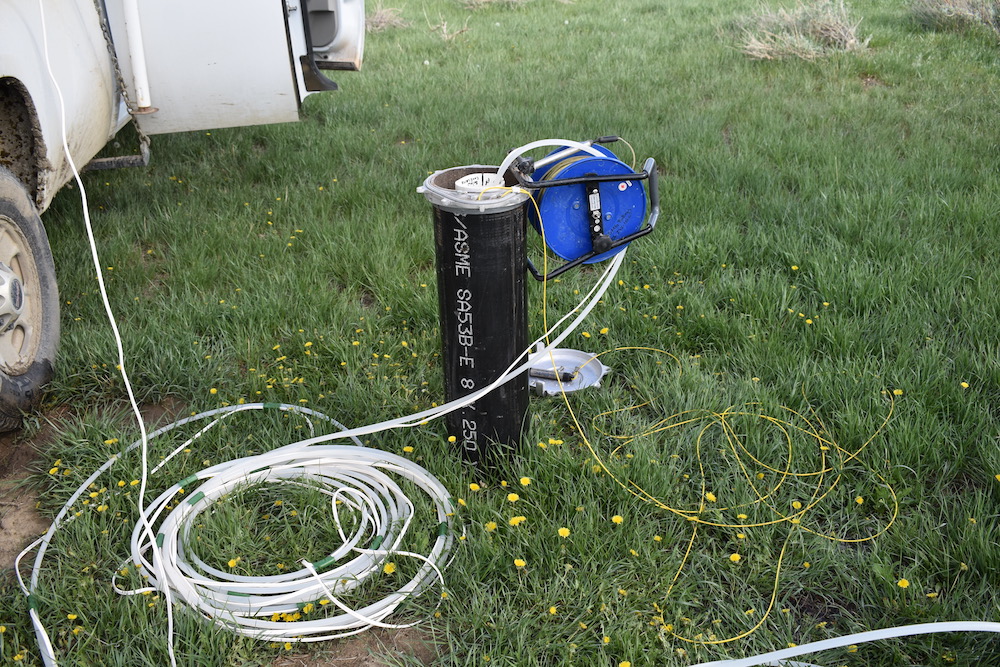 The sampling team also measured the flow rate of Rosebud Creek above and below the field site at this point. 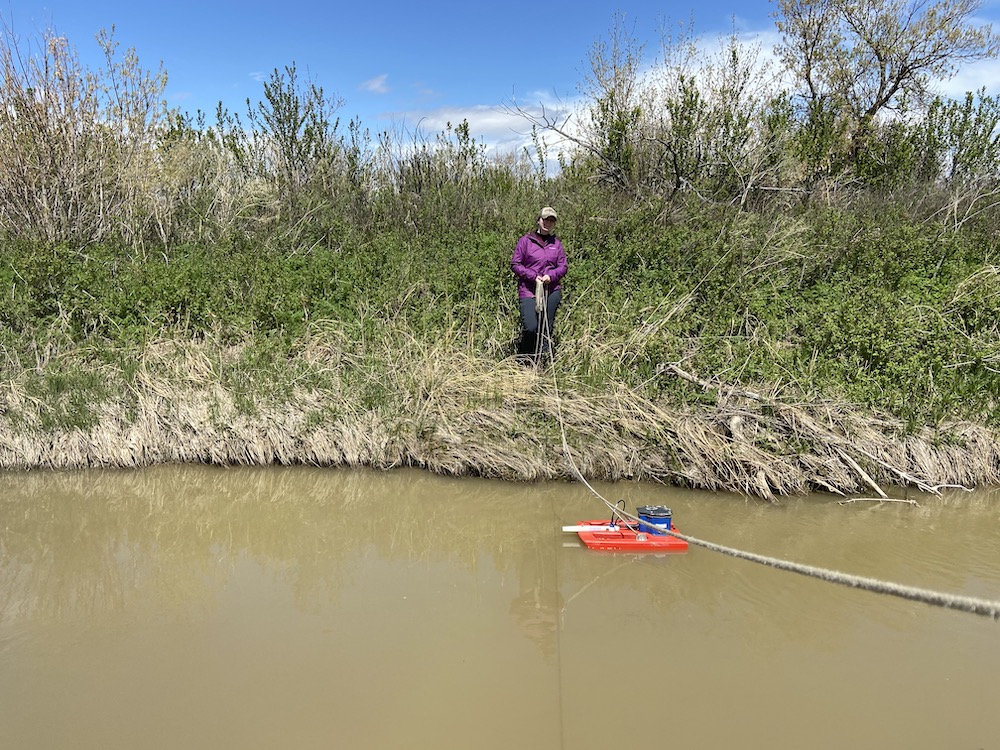 In June, members of the CREWS-PRB team and staff from the Montana Bureau of Mines and Geology (MBMG) visited and toured the Rosebud Mine outside of Colstrip, MT. Field trip attendees, with the help of Rosebud employees, were able to learn about the history of the mine, view its active, on-the-ground operations, and see and discuss the various reclamation efforts of the mine. 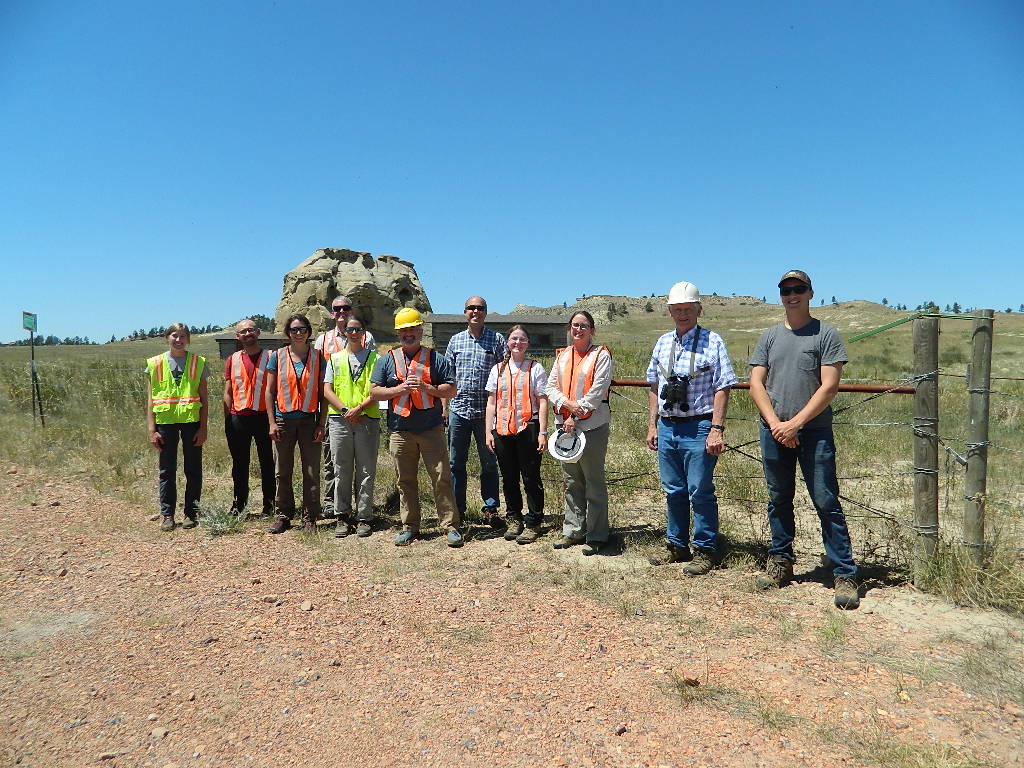 The field trip culminated with a visit to the team’s research sites located in the area and around Rosebud Creek. 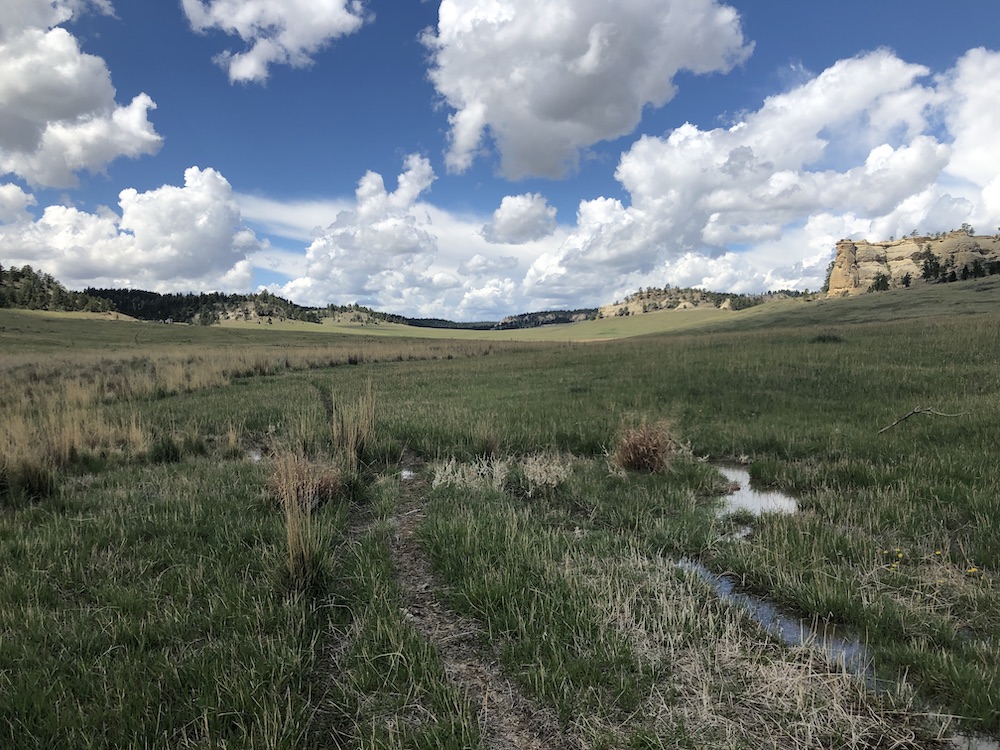 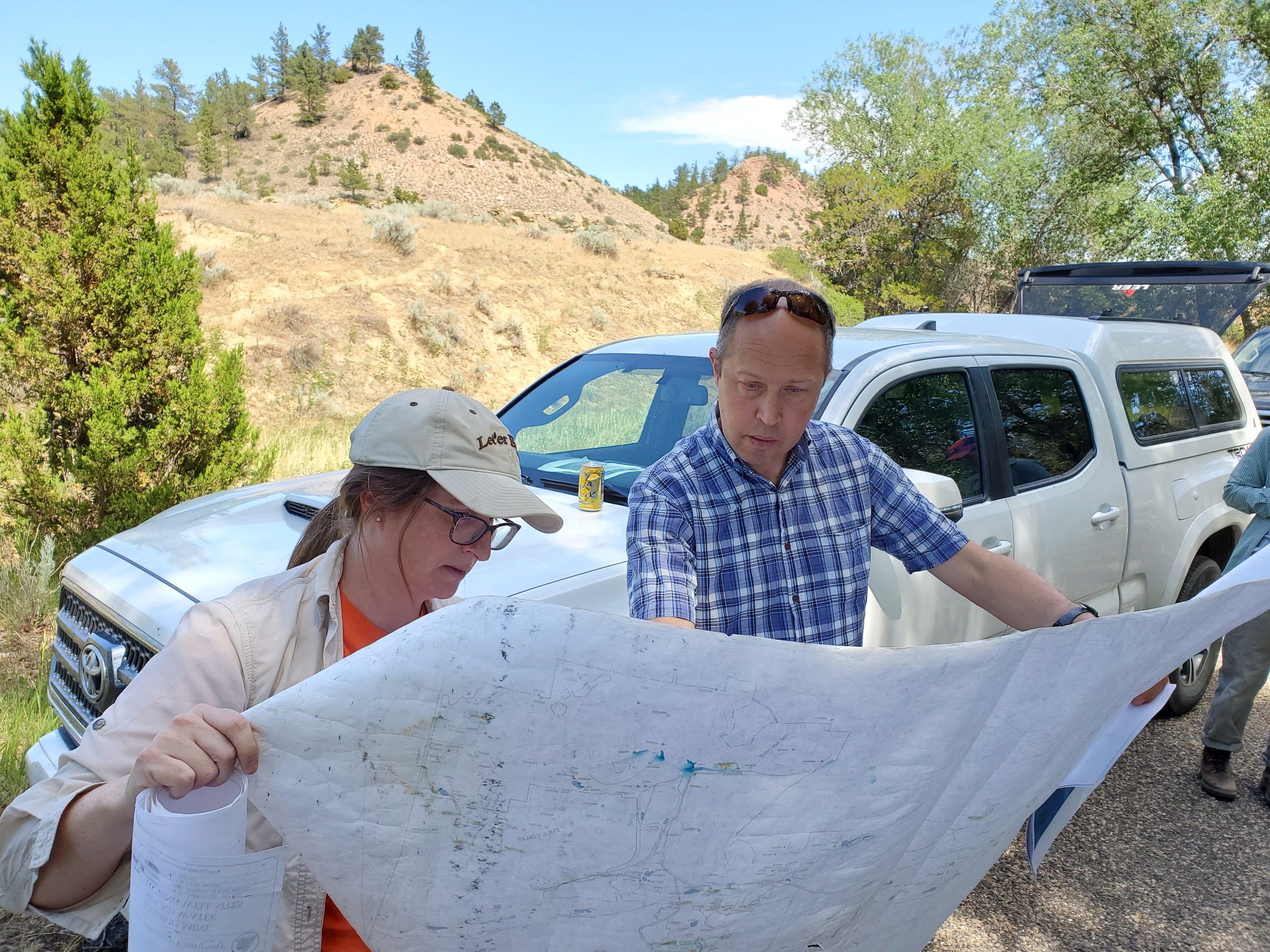 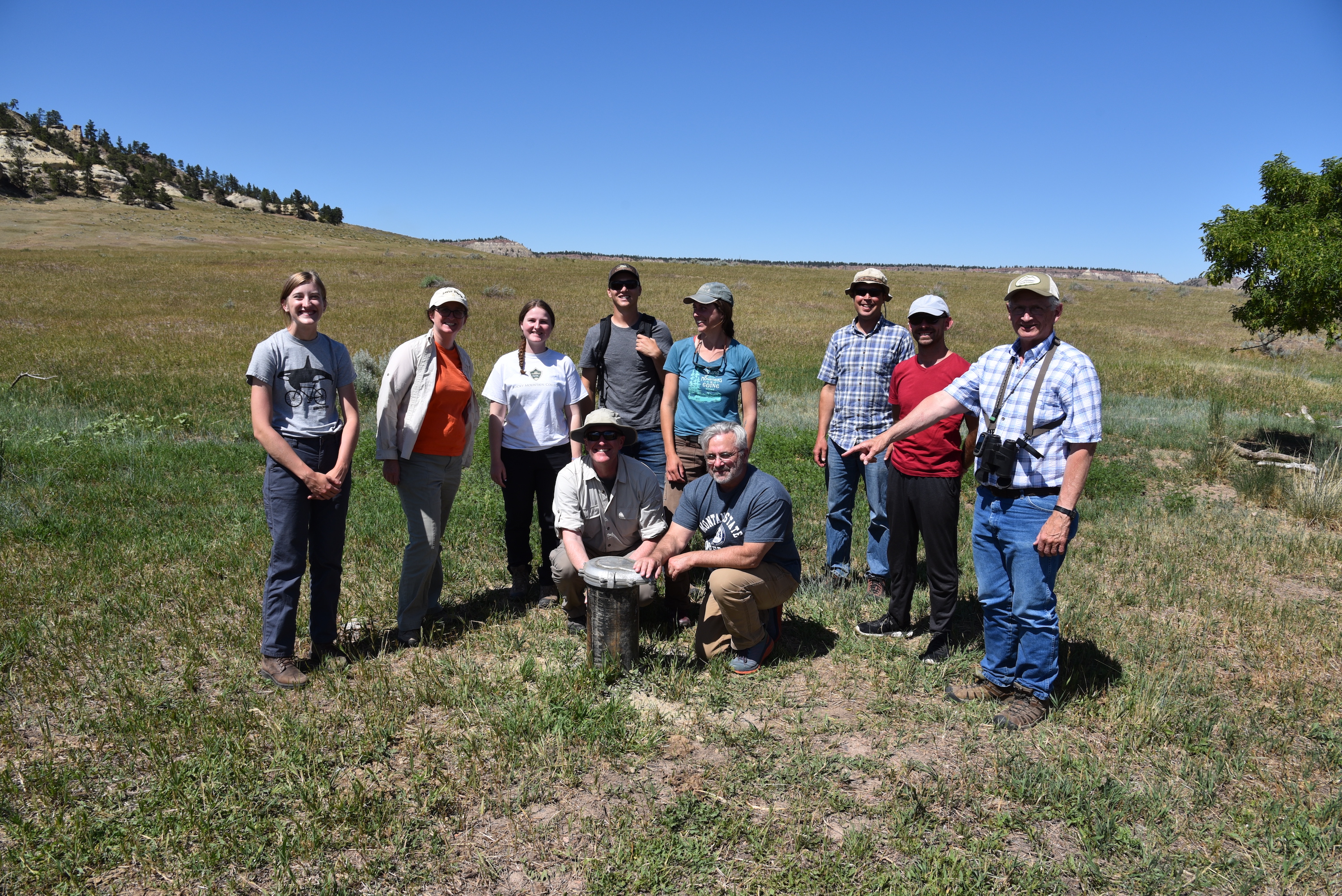 Liddi planned to repeat her May sampling and measurements in early August, but her fieldwork was disrupted by the Richard Spring fire, which completely burned through the field site. Three of the NSF groundwater wells were located in the Richard Spring fire area, but thankfully all made it through okay. She was able to go back out in late August, and once again collected eight groundwater samples and four Rosebud Creek samples as well as measured the flow of Rosebud Creek at two locations and conducted level surveys at the Creek wells. 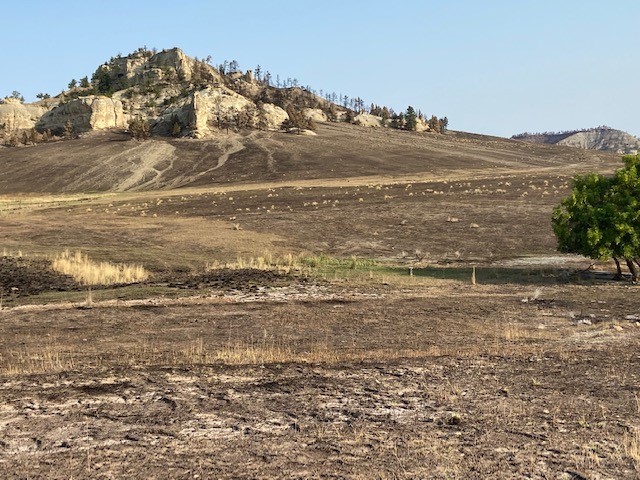